(800) 891-6158
PLAN YOUR TRIP
Thank you! Your submission has been received!
Oops! Something went wrong while submitting the form. 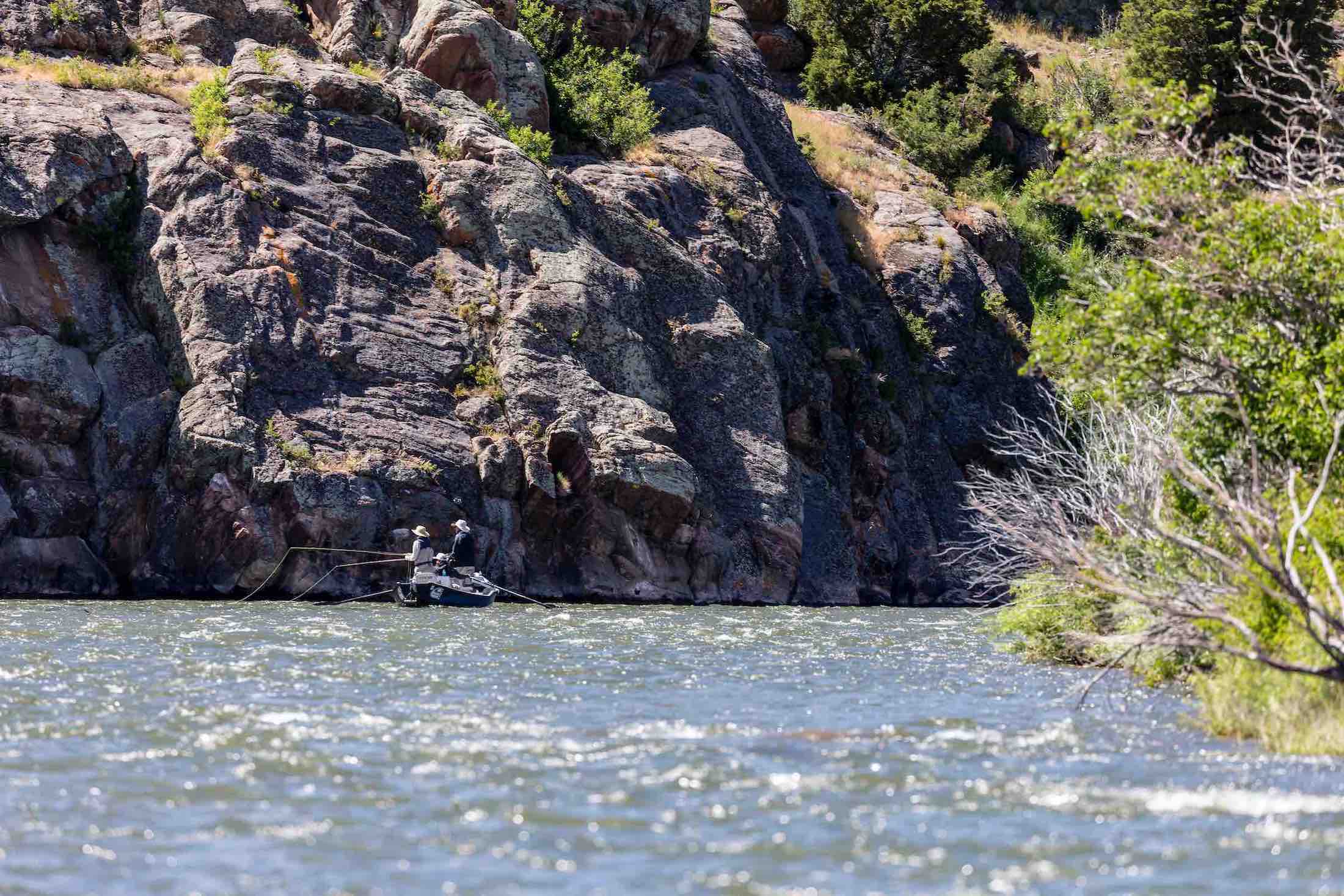 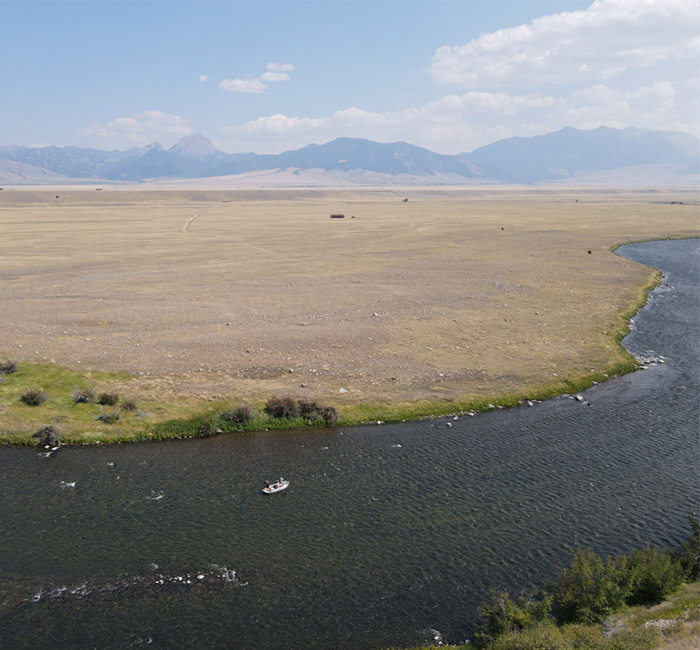 The Madison River is classified as a blue ribbon trout stream. Along its 120+ miles you can find just about every trout angling scenario that exists, from smooth water in Yellowstone National Park to class V rapids in the Bear Trap Canyon. Aside from being the definition of a perfect trout stream, the Madison River is perhaps equally known for its shallow water, high concentration of trout and its year-round consistently.

Let’s take a closer look into the reasons why we call the upper Madison River our home river at the Madison Valley Ranch.

The Madison River is among the world's best trout rivers and it is perfectly tailored to fly fishing. With every trout lie imaginable along it's lengthy stretch, anglers of all backgrounds and experience levels can find something to fish. From giant boulder strewn stretches to shallow riffle-run dry fly water, the Madison River truly has it all. And with an estimated 3,000-5,000 trout per mile, it's no wonder that it has become a bucket list river for anglers around the world. 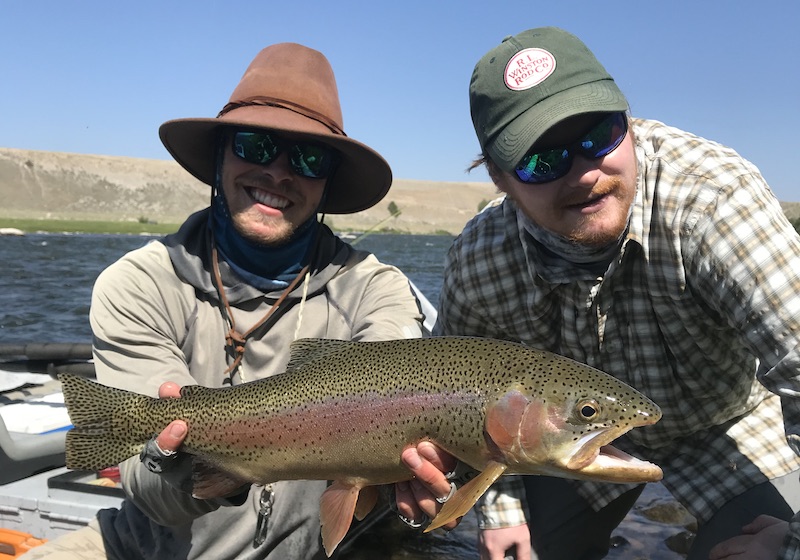 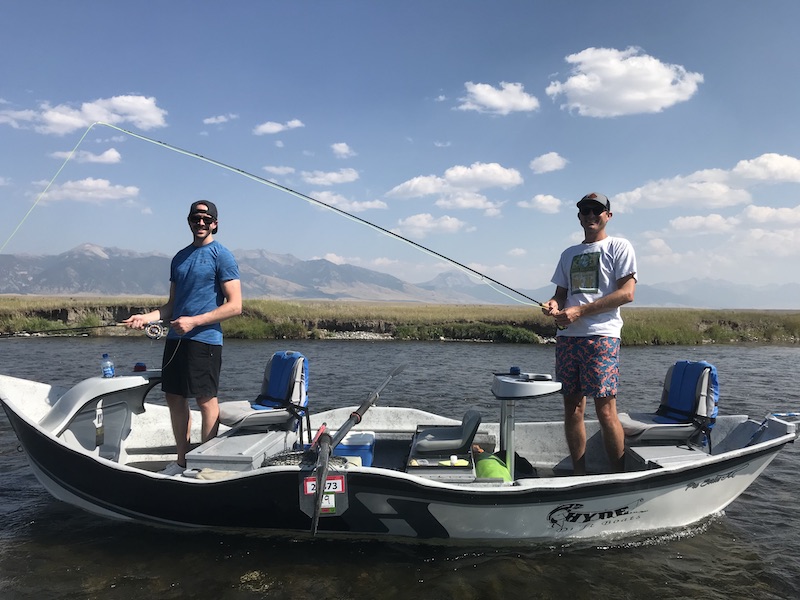 Perfect for a Drift Boat

On average, the upper Madison River is about 18" deep. It looks and fishes like one giant mountain stream and is impossible to walk across in many sections due to its swift current. The rocks along the bank are about the size of footballs, making wade fishing difficult over the course of an entire day. Drift boats make everything easier and allow anglers to access the best water.

The Madison River is known for its abundant population of the stonefly subspecies Pteronarcys californica, AKA the salmonfly. These 3" long aquatic insects emerge every year at the end of June. The hatch runs a couple weeks and during this time an angler can catch some of the largest fish in the river on gigantic dry flies. There are plenty of other great Madison River hatches including: midges, BWOs, caddis, green drakes, brown drakes, PMDs, golden stoneflies, yellow sallies, nocturnal stoneflies, moths & more. Also worth mentioning are the abundant grasshoppers, ants, beetles & bees during the late summer. 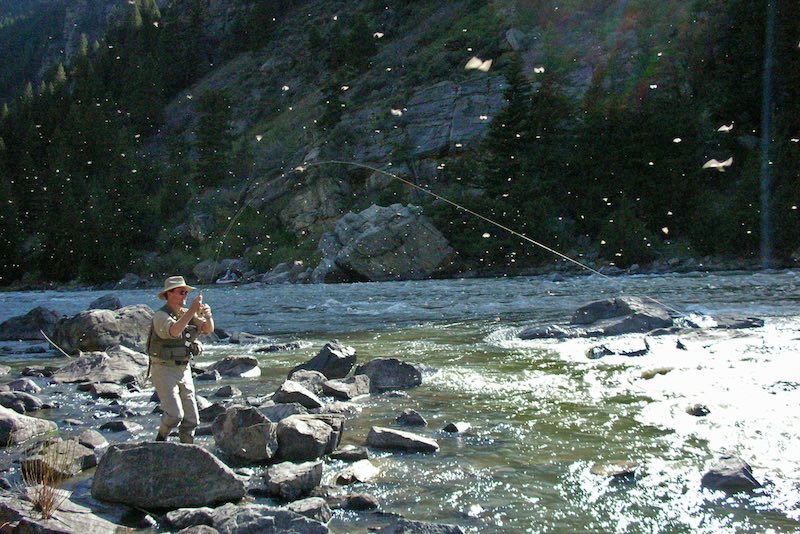 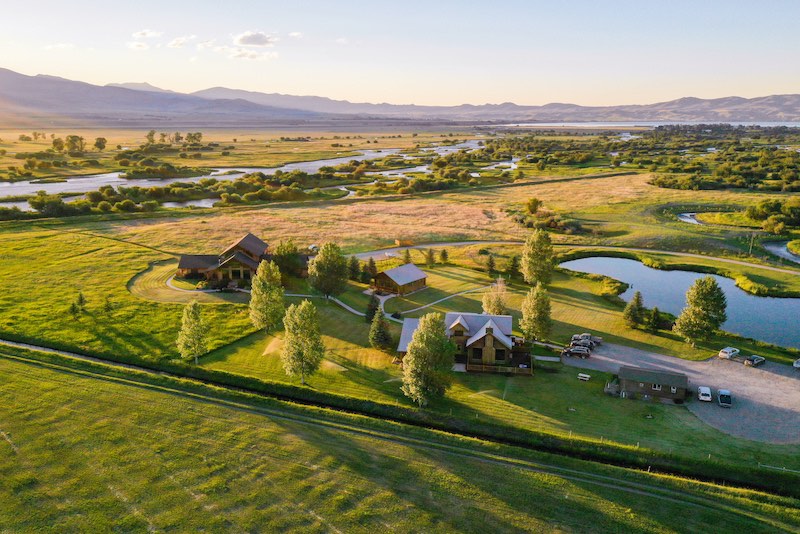 Our Location on the River

The location of Madison Valley Ranch was carefully selected for its proximity and easy access to the Channels Section of the Upper Madison River. A short walk out the backdoor leads guests to a seemingly endless series of braided channels as the river nears Ennis Lake. It is here that one can quite literally get lost in what is considered to be a world-class wade fishing stretch full of nice trout.

Check out other waters we fish

Though this wade-only section is technically the “upper” Madison River, it is locally referred to as “the Madison in the Park”. Follow the road from West Yellowstone into Yellowstone National Park and you’ll eventually arrive at the Madison Junction, where the Gibbon and Firehole rivers come together to form the Madison River. This piece of water is characterized by it’s linear flow and smooth surface over a grassy bottom for most of its distance until it nears Hebgen Lake where it begins to meander and fill with fine sediment. The Madison in the Park has many moods and the fishing can vary widely from being a small fish factory in the summer to one of the most sought after fisheries in the fall for big spawning brown trout and hot egg eating rainbows. If you want to fish the Madison in the Park, we recommend fishing just after it opens on Memorial Day and in the fall.

Again, we aren’t too creative when it comes to naming different sections of the Madison River. This wade-only section is best know as, “Between the Lakes”. Hebgen Dam dumps water out of the lake and into a very short section of river that quickly ends up in Quake Lake. This water is rich in nutrients, clear and very cold, making it an ideal habitat for trout. Its pocket water is a dry fly fisherman’s dream and heaven for the tactical nympher. Many anglers suspect that some of the largest fish in the system live Between the Lakes.

This is where the upper Madison River starts and from here runs over 50 miles north to Ennis Lake. This turbulent piece of water is called “The Slide” and is appropriately named after a deadly earthquake in 1959 triggered a massive landslide that sadly took the lives of 28 people. The boulder strewn section of class V rapids directly below Quake Lake’s natural outflow is quite possibly the most dangerous place you can wade fish on the Madison. One wrong step could be the end of it. While we cannot express enough caution when fishing here, the fishing is usually quite productive, especially with stonefly and terrestrial imitations. Truly though, you’re probably better off not going down there. Instead, anglers can access calmer water near Kelly Galloup’s Fly Shop or at Reynolds Bridge. The good thing about this rough water is that it forces fish to sit in obvious places, often behind logs and boulders. Nymph fishing is a very productive method year round in this area. Late winter and early spring tend to offer some of the best dry fly fishing of the year though when adult midges and blue winged olives come off.

This section of the upper Madison River is designated as wade fishing only. You can use a boat for transportation but all fishing must be done on foot. There is fantastic access for the wade angler in this section, with plenty of places to pull of the highway and jump down to the river. Montana’s stream access laws are much appreciated as well, giving the angler every right to access the entire river from a public road, so long as they stay below the high water mark. The best access method however is via a personal watercraft such as a pontoon boat. With these you are able to bounce off the big boulders safely and anchor up to fish as much good water as you please.

This scenic section is good representation of what it means to float and fish the upper Madison River. Here you will find large glacial erratics in the middle of the river, classic riffle-run scenarios, gravel bar drop offs, undercut banks, tree jams, flats and more. The most common trout holding feature you’ll come across though is what we call a “bucket”. Larger sized boulders will have a plunge pool behind it that will create a depression that can vary in size from a couple feet to 10 feet across. Our trout love to hang around these for a break from the current and a great place to feed. Buckets and runs can exist anywhere along the river and are not confined to just the banks. This can make wade fishing quite difficult thanks to the abundance football sized boulders found in the river. This is why we consider the Madison River to be best fished from a drift boat. The hardest part about fishing from the drift boat though is forgetting to take a break to admire your surroundings because the buckets keep coming one after the other. This section of the Madison River is truly beautiful and it defines the allure of SW Montana with the jagged Madison Range to the East and rolling Tobacco Roots to the west.

Once you put in at Storey Ditch you are the furthest away from the road that you can possibly be on the upper Madison River. It feels like no man’s land out there. It can be hot, windy and downright brutal on some days. Other days it feels like you’re rowing down a relaxing lazy river. The river runs fairly straight through here and it slows down a notch as it flattens out. This can be a challenging piece of water to float and fish because the river appears far more featureless than it does upriver. Looks can be deceiving though and a good fly fishing guide along with some polarized sunglasses reveals plenty of current seams and buckets to hold trout. This shallow water is best known for its dry fly opportunities during the summer months. This is one section of water that we tend see some big fish come out of too, especially as you near the cottonwood trees above the Varney take out. Watch out for Mosquitos!

This is considered to be one of the more challenging sections to row and fish thanks to its sweeper turns, shallow gravel bars, tight casting and deep undercut banks. The river channelizes directly below Varney Bridge and continues to do so until it straightens out above 8-Mile Ford. This section is best fished with a float/wade approach, where you fish from the boat until you get to a good spot to head out on foot to explore nearby side channels. Plenty of big fish reside in this stretch but be prepared to lose some flies as there are a lot of snags along the bottom. Watch out for moose!

Ahh, the town run. Used most commonly by the 9-to-5ers and the truly addicted for one last float before dark. This short but beautiful stretch runs right through Ennis, Montana and features everything a trout fisherman could ever ask for. With ample wading opportunities from three public access sites and multiple channels to spread anglers out, it is a terrific recreational resource for residents and traveling anglers. It is truly stress-free so get out there and try it one day.

I’m starting to realize that our names for certain sections are pretty weak. This one is called “The Channels” because there are a lot of channels. As the upper Madison River nears Ennis lake it begins to break off into countess braids that vary widely in width. This section is the other wade fishing only designated area where you can float a boat through, but you can only fish on foot. This is a great place to get lost for a day. It fishes well from April to November. Luckily, the Madison Valley Ranch is located on this sections a couple miles above the lake and about a mile below the nearest public access site. This gives out guest a wonderful opportunity to jump out there early in the morning and late in the afternoon for some great fishing opportunities using streamers, nymphs and dries.

This section has a great name. Welcome to the Bear Trap Canyon, the best kept secret in fly fishing…oops. Seriously though, if you want to do something truly unique, fish the Bear Trap Canyon with JT France or one of his experienced guides on this exclusive piece of water featuring tons of fish per mile, great hatches and class V rapids. Though this is technically the start of the lower Madison River, it is nothing like the rest of it. This is as remote as it gets, an adventure in all senses. Be sure to ask us about availability though because this section is in high demand and only a few floats are allowed per day. If you want to access the Bear Trap on foot you can do so from the dam or from the Warm Springs Access site on Highway 84. 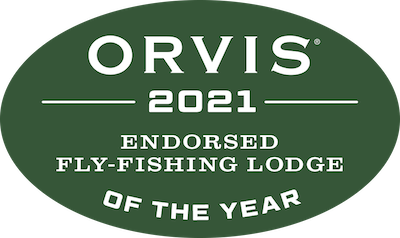 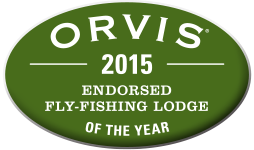 We'll Get Back to You Soon!

Thank you! Your submission has been received!
Oops! Something went wrong while submitting the form.
X
< Back

Thank you! Your submission has been received!
Oops! Something went wrong while submitting the form.
X